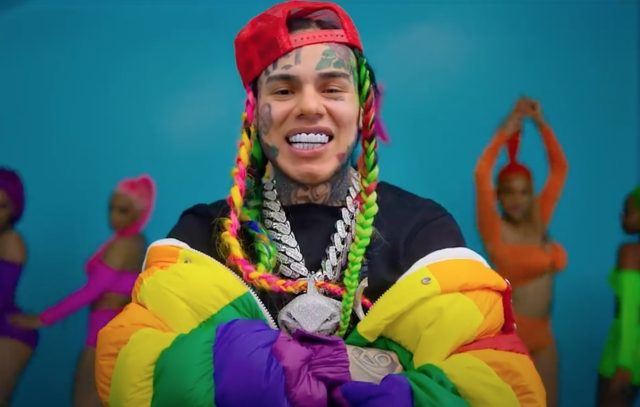 When it rains, it pours for Tekashi 6ix9ine‘s targets. When the New York rapper unleashes on his foes, it seems as if it is a never-ending social media cycle, and today (April 27), 42 Dugg is catching the heat. Over the last few days, 6ix9ine has been making his presence known as he continues to antagonize Lil Durk, going as far as sharing videos with “Perkio,” Lil Durk‘s lookalike that he featured in a music video.

As there are ongoing discussions regarding whether or not “Perkio” orchestrated his meet-up with 6ix9ine for a few bands or if he was ambushed by the controversial rapper, 6ix9ine reemerged with a scathing video toward Detroit’s 42 Dugg.

After hearing that 6ix9ine may have walked up on “Perkio” for clout, 42 Dugg wrote: “I hate when b*tch ass n*ggas do hoe sh*t to good people rat ass n*ggas involving white boys in street sh*t n*ggas be lames and hoes n*ggas couldn’ve pulled up on so many other n*ggas they a pull up on a kid with nothing to do wit nothing.”

“Y’all can never expect Ah non street person to understand the streets,” he added. “These n*ggas blowing down on kids tryna ruin kids life knowing Ah real N*gga Ah spit on you b*tch n*ggas.” 6ix9ine was made aware of the post and to say that he was less than thrilled is an understatement.

In a video, 6ix9ine responded by telling Dugg he would “slap the sh*t” out of him, repeatedly. Dugg reacted by saying he’s not going to argue with a “rat.” Check it out below.