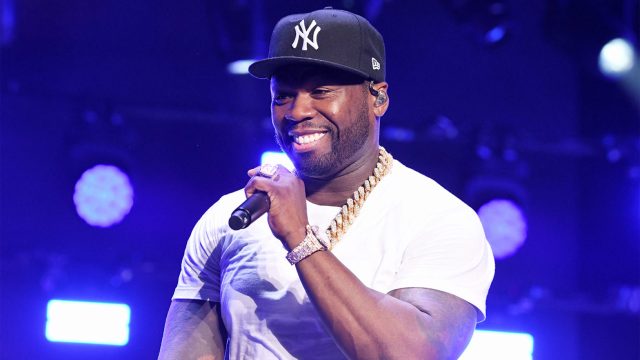 Many people have social media so they can connect with their family and friends or share funny content, but 50 Cent uses it to put people on blast. The Power executive producer has never been afraid to let the entire world know what he’s thinking. He’s used Instagram to fire at people like Starz CEO, Jeff Hirsch, Jussie Smollet, and even Teairra Marie, who he claims owes him $50,000.

Fortunately for them, it seems that Fif has found himself some other targets to heckle on social media. today. The “21 Questions” rapper reposted a video of a transgender woman exposing her alleged relationship with Love & Hip Hop Star, Benzino.

In the clip, the woman records herself having a phone conversation with Benzino in which he is heard saying, “This sh*t is all new to me, and I’m trying to be open-minded about it… It’s not like I said, ‘Let me go look at some other trans.’ I haven’t even done that.”

Posting the video for his 27 million Instagram followers to see, 50 wrote, “Young Buck, Benzino just embrace who you are but don’t pat nobody butt when they score a basket fool. LOL Hahaha, Nah FOR REAL! PUNK.”

Some might question how Young Buck got thrown into the mix, but this isn’t 50’s first time accusing him of being into transgender women. In 2019, a trans-woman came forward and claimed that she had been in a three year relationship with Young Buck.

While the former G-Unit member claimed these accusations were false, 50 didn’t let him live it down. In fact, in January of 2021, 50 accused him of being with yet another trans following an episode of Unwine With Tasha K, a YouTuber who is known for revealing celeb information.

While Buck has yet to respond, Benzino has already sent shots back at 50. He posted just on his IG story, “Keep pushing my buttons boy @50cent.” Following this, he added, “So @50cent wanna clown me for f*cking with the trans community? Someone ask him why Power got gay as hell this season.”

What are your thoughts on 50’s post? Check it out down below.