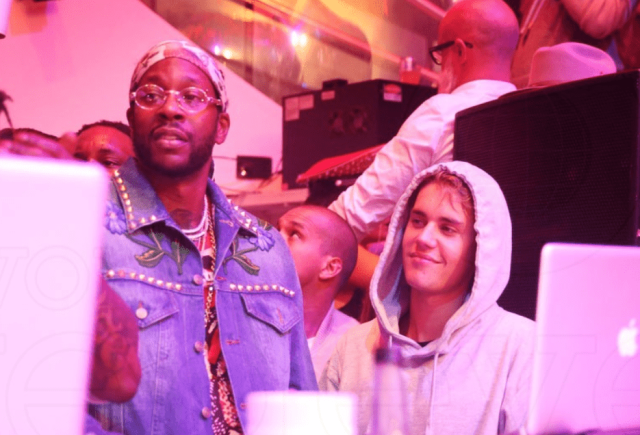 2 Chainz says that the deluxe edition of his latest album, Dope Don’t Sell Itself, will feature a new collaboration with Justin Bieber. The Atlanta rapper discussed his new music during an appearance on Drink Champs, earlier this week.

“What I’m about to do next is put out a deluxe, I got five more songs that’s dropping for Dope Don’t Sell Itself,” Chainz revealed to the hosts. “One of them is this hard-ass shit I got with [Justin] Bieber. And then me and Gucci [Mane] got one, but it’s like four or five more songs that I’m adding because my project was only 30 minutes long on purpose.”

Chainz has previously worked with Bieber on a remix of his hit, “Boyfriend.”

Tity Boi also reflected on his latest project as a whole, admitting that he doesn’t consider it his “lyrical album,” and teased a collaboration with Lil Wayne.

“To be truthful with you, [Dope Don’t Sell Itself] is not even my lyrical album; I’m about to drop this project with me and [Lil] Wayne, ColleGrove 2,” he said. “We rapping in the metaverse. It has a title that I haven’t put out yet.”

Check out 2 Chainz’s appearance on Drink Champs below.